The 100 students arrived from as far as California and Vermont with a cluster of Midwestern states represented. Bodacious dreams were packed along with stories as warm as the sunshine during a four-day, three-night weekend held March 6-10. 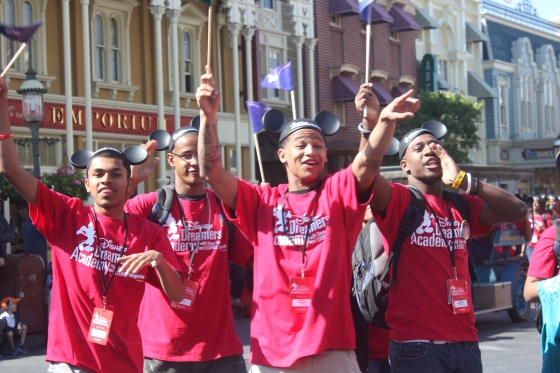 Each student was challenged to boldly reach for the stars like the foremost signature dreamer: Walt Disney. Among them were 11 Florida “Dreamers” selected from 5,000 submissions.Winning essays articulated everything from cancer adversity to presidential award achievements, and collectively they are the next generation of physicians, journalists, James Beard award culinary chefs, Academy Award-winning actors and Disney Imagineers.

Student Dwight James of Jacksonville was in awe of motivational speaker Jonathan Sprinkles who made a splash so big, he was awarded a Golden Mickie. “He gave one quote I’ll never forget,” said James. “Fear is nothing but false evidence that appears real.”

Keeping it real was thematic for the notable men who inspired. Florida A&M University graduate and film producer Will Packer encouraged teens to, “Stay focused, be consistent, and be known as someone who always delivers with excellence.”

“Henry Assian Flipper was the first West Point graduate in 1877,” stated Kinsey. “He wasn’t spoken to for four years due to his color and what did he still do? Graduate. How bad do you want it?” 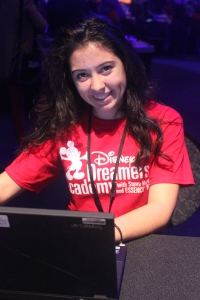 “I was inspired when she shared relationships were not supposed to be abusive,” said Wooster. “I have a stable family environment, but appreciated hearing abuse is not acceptable.”

A “Fly Girl 101” session was facilitated by twin sisters Brandi and Karli Harvey, daughters of Steve Harvey. Celebrity guests included Chaundra Wilson of “Grey’s Anatomy’’; celebrity chef Carla Hall, a co-host of “The Chew’’; and “Sunday Best’’ runner-up Jessica Reedy. Female Dreamers were given tips on everything from skirt length to confidence.

Erica Thomas, 16, from Land O’Lakes, kept it girl-power real. “I’m a Girl Scout,” she remarked. “When is it cool to not help someone? You’re never too old.”

Hands-on workshops
In “Deep Dives,” Dreamers delved into careers guided by industry professionals. Aisha Louis of Hollywood, Fla., was not accepted last year, but dreamed her way into the 2013 class where she wrote a front-page article for a newsletter produced by students during the academy.

“Since last year’s application, my writing skills grew,” Louis explained. “What I thought was my story wasn’t. I learned how to express.”

“They’ve been committed from the start,” said Tanisha Sykes, senior managing editor of Essence Magazine. “I’ve seen them focus, adhere to deadlines, and just have fun. It’s been phenomenal,” she added.  Her leadership, along with Demorris Lee of the National Association of Black Journalists, saw the project through. 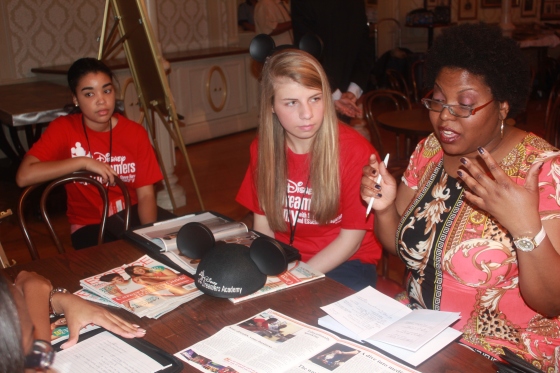 Marcus Burns, Jr. dreams of becoming an artist. The Jacksonville teen rendered art so impressive during his “dive’’ that Dwayne Edwards, former designer for Jordan Brand Shoes, recommended him for a potential internship.

Parental pow-wow
“Take care of yourself first. Healthy people raise healthy children,” advised Dr. Steve Perry. The CNN education contributor motivated parents during a personal session. “Beyond liking your kids, you have to lead them. You lead people you love.’’ 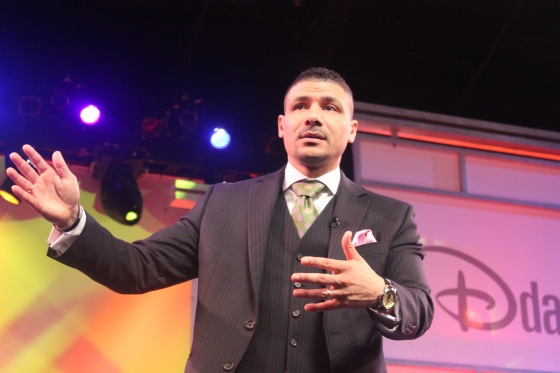 Perry’s words resonated with parent Terlisa Sheppard, who is fighting stage four breast cancer. She receives chemotherapy but accompanied 14-year-old Alyah Sheppard, whom she calls her “miracle child.”  The Orlando family further beat odds in 2011 when daughter Alexis Sheppard was also was accepted into the academy.

A parent or guardian was invited to accompany each Dreamer to the academy. The parents and students had a complimentary stay at the Disney Port Orleans Resort. Most mornings for the students began at 6:30 a.m.

Harvey’s advice
Dreamers were armed with portfolio notebooks and 100 personalized business cards. They were encouraged to network.

Steve Harvey joked with parents, “This weekend was created for the young people with the red shirts on. We just have programs for ya’ll so you can stay out the way.”

Punch lines were frequent but Harvey equally kept it above board.

“Whatever you do, whatever path you choose to take, please, please listen to me, put God right in the middle of your base,” pleaded Harvey. “That’s the best way. It will ensure your success; it will guarantee you get there.”

Essence Magazine Editor-At-Large Mikki Taylor echoed with purpose.  “As you pour into your dreams, please don’t focus on money. It’s just paper…you were created to do more than make paper,” stated Taylor.

“Pursue your dream in the full recognition that your gift is not just about you.”

‘All have a dream’
The World Showplace hosted a celebratory commencement featuring gospel legend Yolanda Adams.

Parents presented Dreamers with class rings by the company Josten, and tearful hugs.

Tracey Powell, Executive Champion of the Disney Dreamers Academy, leads the team responsible for program success. “This year has been fabulous,” stated Powell. “Every group of 100 is different and special, but the commonality is they all have a dream.”

Powell welcomes applications in June from all who dare to dream in 2014.

What a great time I had covering this event. The “Dreamers” were absolutely incredible young men and women and the Walt Disney world staff displayed their expected perfection and “be our guest” flair. From the beautiful accommodations at the Animal Kingdom Resort to the first parade down to the closing ceremony featuring a lion king performance, it was simply incredible. That is the single, most befitting word that I can offer: incredible. Well done Steve Harvey, essence magazine, and disney! 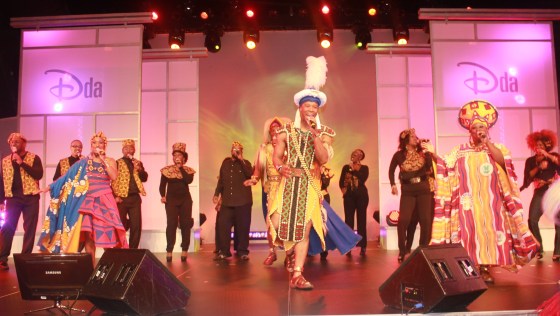