Black men who motivate: The power of a dream

Steve Harvey is credited with improving college attendance, career prospects, personal development for more than 8,000 youth who have graduated from his Disney Dreamers Academy (DDA) since its 2007 launch. Partnering with Walt Disney World Theme Park Resorts and Essence magazine has proved to be a winning formula, but a remarkable capstone to celebrate is Harvey’s overwhelming success in motivating youth.

While his urban vernacular and candid humor reach more than seven million radio listeners in 60 markets, Harvey willingly closes the gap on numbers when it comes to reiterating the power of a dream. He relies on a little help from his friends.

They include some of the millennium’s most successful Black men who present with honest testimony, an educational approach, and inspiration.

Time Magazine has named him America’s Best Preacher, and a list of awards and honorariums include McDonalds 365Black Award and BET Honors. He is listed among Ebony’s Power 100 and the NAACP bestowed him the Keeper of the Dream Award.

The charismatic leader of the T.D. Jakes School of Leadership took time away from his 30,000-member congregation to motivate 100 minds at this month’s Disney Dreamers Academy in Orlando.

While his ability to deliver biblical principles in plain-speak is familiar to most, he offered high school Dreamers a light-natured and almost elementary slant.

Jakes shared how he turns negative labels into positive acronyms that motivate. In the example of ADD (Attention Deficit Disorder), Jakes explained that the first letter “A” personified Alice in “Alice in Wonderland’’ who was always at a crossroads. But when she asked her cat which way she should go, it responded, “Which road do you want to take? Any road will take you there!”

The first “D” was an internal hint to Jakes’ legal name Thomas Dexter, who conquered stuttering, and the final alpha “D” encourages him to face his giants like David who slayed Goliath against tremendous odds. The latter moral is to have faith that you can conquer what you believe in life is too big.

For more inspirational nuggets from the bishop, visit http://www.tdjakes.org.

Said Regina Carson, a 2015 Dreamer from Jasper, “I really liked Bishop T.D. Jakes’ presentation because he really connected with each and every one of us with things we go through daily.’’

Dr. Alex O. Ellis Author, speaker, custom clothier
A salve to save America’s sagging generation has arrived in the personhood of custom clothier, mentor and gentleman of distinction Alex O. Ellis, Ph.D, founder and CEO of Tied to Greatness, an outreach and image awareness nonprofit.

According to Ellis, his inspiration to implement change was divinely inspired. “After seeing a guy walk down the street looking a mess, God said to me, ‘So what are you going to do about it with your custom suit wearing self?”  From that day forward, he was spiritually challenged to be the solution he wanted to see in communities and continues to lead by example

Program initiatives exist across the country that address the growing problem of how girls suffer the woes of self at an early age. But what about young, Black men who tend to assimilate behaviors to divert from their own body image insecurities?

“I grew up extremely tall and painfully skinny!” Ellis exclaimed. “I had a growth spurt during high school and reached 6’7”, so I was tall, awkward, and didn’t play basketball. I really suffered low self-esteem because I’m tall enough to be a man, but my physique is still for a kid, and none of my clothes fit me right.”

Today, he is an impeccably groomed style-master who has been honored with the distinguished “40 Under Forty Award. He also is the author of the award-winning book, “Restoring the Male Image: Inside and Out.” More information: http://www.tiedtogreatness.org.

“His presentation at DDA was phenomenal! I learned that a suit, including a shirt and tie, is the international uniform of business. The workshop also taught me to pay attention to wardrobe details. I could tie a tie, but not a double Windsor or bowtie. Dr. Ellis taught me both,’’ said 2015 Dreamer Keno Tate of Miramar. 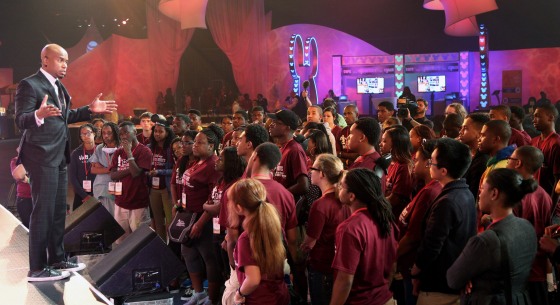 Perhaps it’s his endless energy, his conversation and interaction versus lecture approach, or the eloquence in which he shares with how awkward it was to grow up in South Central, Los Angeles, in a single-parent household where he shared one bedroom with multiple siblings.

He was shifted to seven different households by age 13, and following his father’s cancerous death, he once again moved from California to Texas.

Having the last name “Sprinkles” didn’t help, and he struggled with his identity.

“I was too Black for White kids and too White for Black kids, which left me somewhere in the middle like khaki,” Sprinkles mused.

But despite life’s challenges, Sprinkles learned “what it takes to dream big in small places.”

Today, he’s a nationally recognized, award-winning speaker voted both Speaker of the Year (APCA) and Mentor of the Year (Disney). Sprinkles brands himself as a Connection Coach and is also a noted “television personality, featured columnist, and author of 10 books. To learn more, visit http://www.jonathan sprinkles.com.

A few anecdotal wisdoms he “sprinkled” on the DDA Class of 2015 include:

Fail forward, fast, and first – failure is not final!

Winners are losers who got tired of losing.

Let the struggle make you stronger.

In America, it doesn’t matter where you start; it only matters where you choose to finish.

The secret life of a Dreamer is lonely. It costs to be different. Keep it “100.” 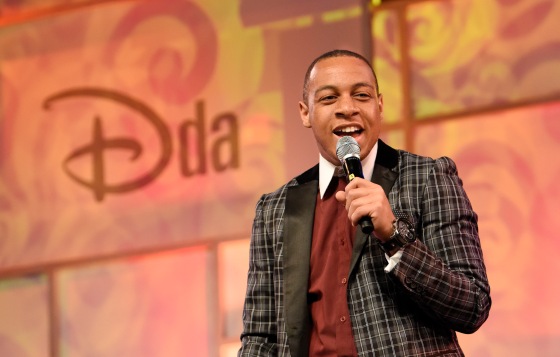 Princeton Parker
Disney Dreamers Academy alumnus and motivational speaker Princeton Irvin Parker lives a life with seemingly no back story – he was born and immediately morphed into a phenomenon.

A graduate of the DDA Class of 2012, he joined the DDA Speakers Resource Group where he not only serves on the selection committee that screens essays, but is now one of Harvey’s coveted speakers.

Let’s just say Parker is “in there.”

Parker’s first revival was preached in 2001. Parker exudes seasoned maturity and if his life sounds like fodder for reality television, it’s not.

The aforementioned is leveraged by a litany of achievements that include earning straight A’s and salutatorian of his high school class. The gifted church organist is a leader among learners at the University of Southern California and exemplary example of a “Dreamer’s Dream.”

Learn more about Parker at princetonparkerministries.com.

Quipped Steve Harvey about Parker: “Something wrong with that boy. Ain’t no way, no how, anybody ‘gon tell me he ain’t 62 years old. Parker is 62. Ya’ll watch out for him! 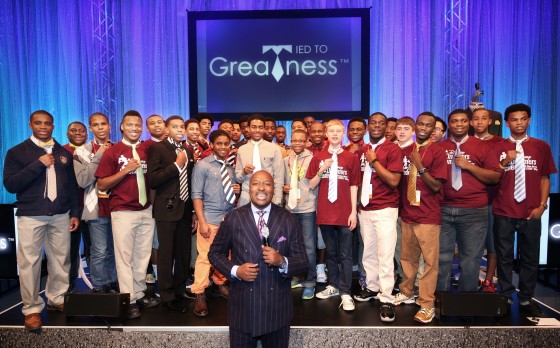 ← Corrine, Corrine: A Congresswoman Delivers
“Why don’t you make it a rose?” →