"An Online Voyage of Voice."
6 Comments

Posted by Penny Dickerson on January 8, 2019 in Blog, Creative Writing

Somewhere on this planet there is a baby photo of me exemplary of what my adult persona would one day become. It is dated and worn, yellowed from too many days relaxed under traveling suns, and each corner is peeled upward to form tiny flags comparative to red flags in life I should have never ignored.

This photo is likely boxed with many other polaroids archived by my mother (or oldest sister), that boast my six-year-old, front tooth gap; the teen-aged skinny limbs; the early 30’s slim waistline that hasn’t appeared

since 1998; and of course a multitude of high school memories that perpetually remind me that being in a marching band saved my life. That singular photo image serves as an apt precursor to how “wide-eyed of a woman” I was destined to become and the many facets of life I would endure, all of which ultimately bourgeon into a journey that screams resilience, embraces trials, and celebrates triumph with a jubilant smile and robust laugh. That baby photo – where ever it is – most likely serves as the infancy stage of the formation of Penny who is also Merdis who is also, “Penny-fly.”

Today is August 22, my birthday, and I am proud to turn 39 for the second time (ahem…cough, cough.)! I am most proud to be a fly on the wall of my own journey. Actually, I have tired of the word “journey” to chronicle one’s life or current adventure. Journey is my granddaughter’s name; journey is not the best noun to illuminate the multiple decades I’ve lived on this earth as a free bird and professed non-conformist. 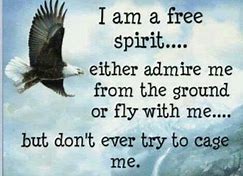 e latter is incredibly unpopular and is difficult to separate from sounding like a rebellious spirit and/or a “vanguard without a cause.” In all fairness, I am a reformed, rebellious “so and so.” This was amplified in my 20’s no doubt. I have, too, been a vanguard. In my 30’s, no doubt. But the spiritual exchange for both is unheralded when compared to yielding to the Lordship of Jesus Christ as my personal Savior. I know what you’re thinking: it just sounds so radical and Jesus-freaky, and we all know how the world feels about “Jesus-freaks.”

Well, after wasting in insurmountable amount of God’s time by playing around in churches, dabbling in ministries with my gifts before they were fully realized and ready to advance a church, I have finally landed with both feet planted on solid ground in what we people in Jesus-freakdom refer to as “spiritual maturity.”

It is remarkable just how much I’ve grown, but also daunting when I measure it against the growth that has yet to develop. Do we ever get it right? Meaning life. Do we ever hit the bull’s eye once and for all? How good do we have to be? How faithful? How diligent? How present?

I have zero answers for those queries, but what I can personally attest to is that at this age – this new age I am – I yearn to be better. Not in a competitive sense with another human being or even in the writing realm. I simply have a burning desire in my heart to be better and do better as biblically dictated by Jesus Christ and seen in God’s eyes.

Because I was such a haughty mess, grasping for better is not far reaching, although I do continue to struggle. After all, I am human. One of my favorite scriptures is, “Delight yourself in the Lord, and he will give you the desires of your heart.” Psalm 37:4.  It 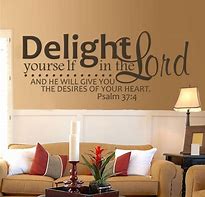 sounds easy enough, right? And it’s the ultimate cause and effect scenario: you do this, and God will do that. Enough said? No, it’s not enough-said because I encounter too many people who cling to (and tout) only the second half of that verse, “God will give you the desires of your heart.”

He absolutely will, but it’s incumbent upon you doing something too. It’s dependent upon your indulgence and delight in the Lord. By George I thing I’ve got it! Decades later, disasters apart, and ten million tears after “confessing with my mouth and believing in my heart,” I finally got it. Moreover, my spiritual walk is not about what I can “get” from God. All good and perfect gifts do indeed come from above, but the ultimate offering is what we can give God: worship, praise, exaltation, adoration, and magnify his majesty and greatness. Well shoot, I guess I am a Jesus-freak after all, but because I have (brilliantly) been so many other unscrupulous descripts in life, living for Jesus ain’t a bad place a’tall to land, especially considering the alternative.

Growth and aging are two formidable bedfellows I cherish. I am blessed to have an opportunity – the gift – of experiencing another birthday. While it’s more of a western society, calendar milestone, I fully recognize it as more time to fulfill my purpose, more time to learn how to best utilize time, and most important, that time is precious.

Never take time for granted, never mistake aging for getting old, and never isolate Penny from her alter-ego, “Penny-fly.”

Many have inquired as to the origin of that nickname. In the natural, the mere connotation signifies a self-labeled arrogance of one’s ability to be  “The bomb shiggety.” In reality, “Penny-fly” emerged from a line in a poem I penned following my world-class, butt-kicking, in-the-alley, street-fight with cancer. Who won? Me.

Influenced by one of my favorite writers/novelists, Joyce Carol Oates, I, too, love to use boxing as a metaphor for conquering life’s travails. Further, I love the trash-talking, champion’s spirit that Muhammad Ali demonstrated both in the ring and in his life: “Float like a butterfly, sting like a bee.”  My adaptation was applied during my life’s illness-years and in the poem that reads: “Float like a Pennyfly, sting like a she.” Now, not only am I a Jesus-freak, I further confess to having gender bias. Yes, I think the women of this world, the “she universe,” defines fight and exude a champion’s spirit better than all mankind (Sorry fellas)!

I am that she. I am, the fighter, the winner, and I am that girl who has morphed into a woman of indomitable spirit, simply because she had the fortitude to recognize that she has never been the master of her own plan. It is God, and Jesus personifies redemption for all of my former inward-ugly, all of my life’s pissy moves, and my cruddy sin-nature.

No one needed a Savior more than me, and I am grateful to be fully grown, whole and rooted in a spiritual foundation that is frequently challenged, but never uprooted or overtaken. At this age, in this era of growth, I am committed to missions work for Mercy Ships; I live onboard a vessel called the Africa Mercy; and my new address is Dakar, Senegal on Africa’s coast. Happy Birthday to me! I am content, blessed, and ready to celebrate all that is me.

When I look back at the various stages of my life (below), I see so much change, but mostly it is abundantly clear that I love a fabulous necklace, and I am not my hair.

6 comments on “Penny-fly: growth beyond measure”