Posted by Penny Dickerson on December 2, 2019 in Blog, Bold and Bodacious Blogs

It’s your honeymoon on Paradise Island.  In a nearby cay, two millennials snorkel beneath the clear blue sea while an elderly couple awaits the day’s sunset while relaxing on a pristine, white sandy beach.  This is the Bahamas.  Open any travel brochure and potential tourists will marvel at the 700-plus islands and inlets off the Atlantic Ocean that comprise one of the richest countries in the Americas, preceded only by the United States and Canada.  The Bahama Islands further boasts an economy driven by tourism and offshore finance.

My high school classmate from Jacksonville, Florida, Rick Singletary, recently relocated to the Commonwealth of the Bahamas in June to engage contract work for the Department of the Defense (DOD).  My first response following “Congrats!” was this frantic inquiry:

Without question, The Island of the Bahamas is a desired vacation destination, but it, too, is a real estate mecca for second-home buyers seeking a deal.  For this reason and more, Engel & Völkers expanded into The Bahamas in 2017 and opened its third shop in the Caribbean.  Engel & Völkers Bahamas is a result of a union with Bahamas Waterfront Properties, designed to provide services to buyers and sellers of properties in Nassau/Paradise Island, Abaco Cays, The Exumas and Eleuthera/Harbor Island.

A day later, Dorian hit Grand Bahama Island at the same category.  The hurricane then stalled over Grand Bahama for another day, finally pulling away from the island on September 3.

This was indeed the worst hurricane to hit the bahamas. 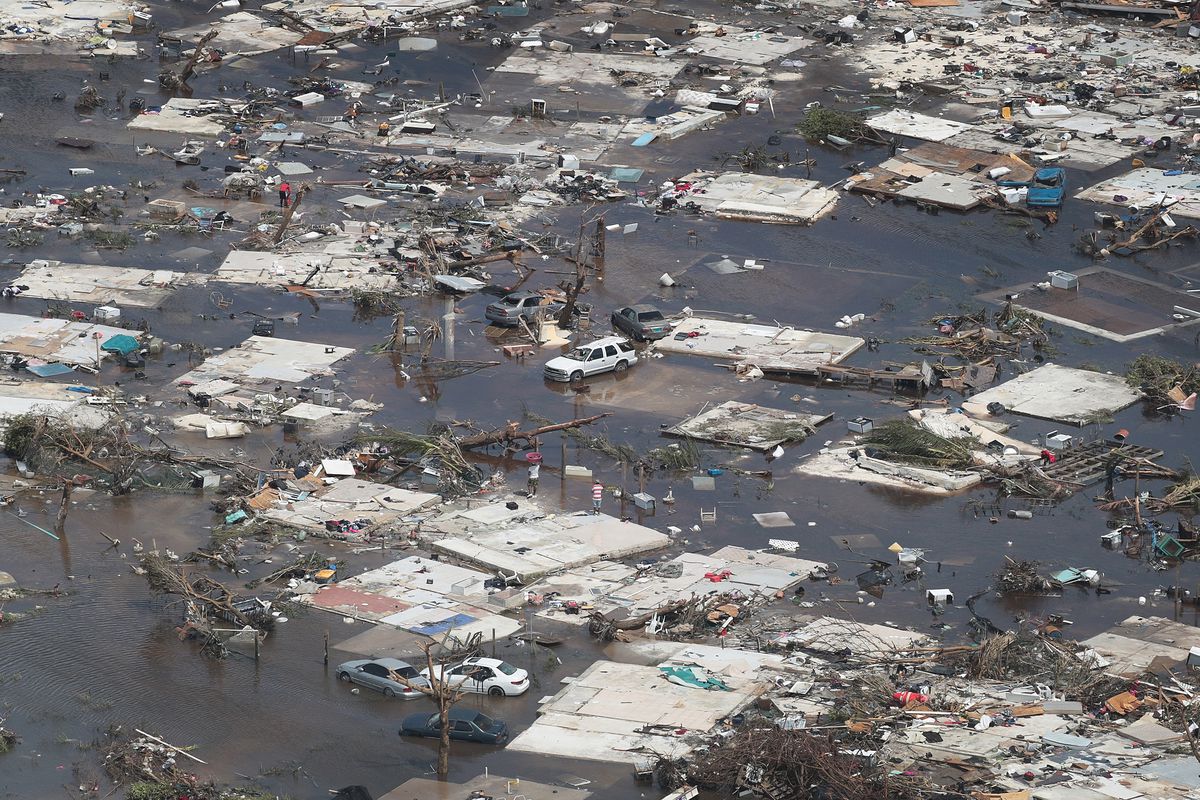 Consumerhomevalue.com would never underscore the obvious devastation of a death toll that significantly rose in the days following the disaster along with thousands of residents being displaced, power outages, and a global humanitarian effort to shelter, feed, and clothe survivors.  An aerial view of the damage shows homes and businesses flattened beyond repair and all commercial, government and civilian operations of normalcy came to a screeching halt on the ecological oasis that expands over 100,000 square miles of ocean and a population of more than 394,000.

A bonafide curious-creature, I commenced to research the latter and much to my own chagrin identified an array of intriguing reports.  Some of the nation’s best media outlets offered the necessary, fact-based reports following Hurricane Dorian but also available were choice real estate narratives that ran the gamut.  Consumerhomevalue.com seeks to apprise and inform you by sharing some of the most poignant, industry-related reports from the the storm’s aftermath.

Call it an “Act of God” or a an unfortunate national disaster, but in either case, Hurricane Dorian was a Bahamas real estate investors worst nightmare. Or was it?

Certainly if your home made it through the storm without too much damage that is a huge sales point for the viability of that home.  In addition many homes (not all) have hurricane insurance and once the owners have their relief funds they may decide that they don’t want to go through the re-building process and they can then opt to sell their home as is at a greatly reduced price, which is good for both buyer and seller.”

“In Grand Bahama many people are looking to rent homes that did not get flooded more towards the south of the island.  The rental market that was on the slow side before the storm will certainly now improve and people will migrate more south on the island and thus push the prices up for both sales and rentals.  We have had an unprecedented amount of evacuees, some from Abaco, to Nassau and they all need to live somewhere.  Everyone that can afford to rent is finding a home or condo which in turn will help to drive rentals, and thus the sales market as people like to buy solid income real estate.”

Following Hurricane Maria in 2017, the islands of Puerto Rico, Barbuda, and St. Maartan became targets for investors.  According to the Wall Street Journal, a five-bedroom home with an ocean view was on the market for $3.5 million before the storm, but was reduced to about $1.9 million in damaged condition after the storm passed through.

I am a journalist, not a real estate expert, but even my own sketchy math can configure the aforementioned to equate to “depreciation.”  There is clearly a wealth disparity in the Caribbean islands that invites investors who blink millions in their sleep and eat caviar for breakfast, but a polarity also exists: the middle class and impoverished. 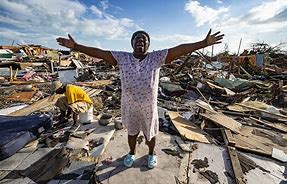 In an interview with HousingWire.com, Fannie Mae Vice President for Housing Access, Disaster Response and Rebuild, Michael Hernandez said that up to 12 months of mortgage forbearance will be tacked on to the end of a mortgage, so homeowners can focus on spending money on rebuilding their homes.

“Our focus is, how do we get borrowers and the communities back on their feet as quickly as possible, back on their own or rebuilding their homes, so that they can continue to preserve that community.”

Consumerhomevalue.com echoes these sentiments and looks forward to the Island of the Bahamas returning to its prosperous state of humanity well-being, progressive tourism, and a Bahamas real estate market that thrives.

← American Beach: “MORE THAN A BEACH FIGHT.”
Poised to Win →