The Status of Homelessness in Florida

Poverty and homelessness have lathered the Florida landscape with statistics growing at a rate that far surpasses the state’s ability to promote tourism.

According to the 2014 annual homeless assessment report, a staggering 31,000 individuals suffer from homelessness in Florida every day. The disturbing figure represents the third largest in the entire country behind California and New York.

And it’s not only homelessness, it’s poverty too. It is estimated that 35 percent of all households in Florida find it difficult to afford necessities such as housing including 1 million households living below the national poverty line and 2.1 million struggling financially.

“I’ve been doing this for about 20 years and in some ways, the progress we’ve made is almost embarrassing. Part of that is understandable,” said Whitehead.

“In this country, one of the reasons it’s been so difficult to make an impact on homelessness is we don’t know how many homeless people there are. As strange as that may seem, there are so many different numbers and so many different organizations who work on behalf of the homeless. That’s why conferences like these are so important,” added Whitehead.

Accomplished advocate
Whitehead’s resume reads like the accomplishments of statesmen. From the humble beginnings of a Cincinnati youth who overcame homelessness and addiction, he is now one of the nation’s foremost experts on homelessness.

His non-profit experience and servitude is vast and spans two decades. Included are former posts as executive directors of the National Coalition for the Homeless and the Greater Cincinnati Coalition for the Homeless. Whitehead is also former assistant director at St. Vincent de Paul of Baltimore, program director at Ohio Valley Goodwill and grant manager at Goodwill of Greater Washington.

Presidential adviser
In addition to serving two terms as president of the board, Whitehead currently serves as a member of the board of directors for the National Coalition for the Homeless, the oldest and largest advocacy group in America working exclusively with people experiencing homelessness. The Congressional Black Caucus has awarded him with a special recognition, and he has served on advisory committees for President Barack Obama and former presidents George H. Bush, Bill Clinton and George W. Bush.

Whitehead further created the “Homeless Think Tank” for the city of Cincinnati to develop a strategy for providing services to the homeless population. The “think tank” model is now officially incorporated in the city’s continuum of care process and has been used as a “best practices” example in communities throughout the United States.

Author and actor
In 2011, Whitehead published his first book titled “Most Unlikely to Succeed.” The memoir chronicles his embattled family life with five siblings and an unstable household disrupted by homelessness. Whitehead’s background is case-book tragic and includes a domestic crime committed by his grandfather: the elder shot and killed Whitehead’s father who had become overtly abusive to the entire family following a car accident that left him scarred.

The aftermath negatively affected Whitehead who states in a book excerpt that he lived a “Jekyll and Hyde” existence:

“By day I was the class vice president, the prom king, most likely to succeed, a football player. I was even selected to be “councilman for a day” in Cincinnati. After school hours, I was an addict who had already tried almost every drug that didn’t require needles. I knew that this was not how I wanted to live. The only problem was, I just couldn’t stop.”

A childhood fixation with imaginary friends perhaps led Whitehead to an acting career. He performed in six movies and in 2000 received a regional Emmy for a role in the Showtime movie “Open the Sky.” An occasional stand-up comedian, Whitehead is a highly sought after motivational speaker, but does not view the status of homelessness in America as a laughing matter.

“Of the many people running for the office for president, how many have you heard talking about homelessness?” Whitehead asked his DeLand audience comprised of educators and community advocates. “If they have, it’s been a minute or two and on issues that are important to them but certainly not to those people who are suffering in poverty.”

Counting homeless heads
In a riveting presentation, Whitehead outlined the nation’s poverty and homelessness status by first “framing the issues.” One of the most important is how America is able (or unable) to both identify and count homeless citizens.

“I just want to underscore the difference in understanding numbers to frame this issue so that you can see the magnitude,” said Whitehead. “It’s going to be hard to do because we use different numbers based on what advocacy organization you’re working with at the time.”

According to the National Alliance to End Homelessness, one of the largest agencies in the country that works for homelessness, on a single night in this country over 578,000 people are homeless.

The caveat is that they only count those in shelters and on the street. For this reason, numerous people are missed.

“If you live in a place where you don’t control how long you stay, you’re homeless and according to NEA, in 2013 there were 2.5 million homeless children alone,” explained Whitehead.

“To wrap your head around that for a minute, their count is over the course of a year, but even if all of the kids had one parent, that would be 5 million homeless, and if some of the parents have more than one kid that would equate to 3.5 million homeless people,” Whitehead added and further expounded that “it’s really incredible that we haven’t come up with a methodology to get us a little closer to the number of homeless in America. There are countless individuals living doubled-up, in abandoned buildings, and in the woods.’’

Who can afford Florida?
“Why do we have over 40 million people in poverty and only 3 million who are homeless?” asked Whitehead. “They say things like they don’t do enough to budget or they don’t work enough, but the reality is they don’t have any choice but to become homeless. If you work 40 hours per week in the richest country in the history of the world, you should be able to afford a place to live,” added Whitehead. He followed with a breakdown on what it really costs to live in the Sunshine state.

Florida, specifically Central Florida, is actually spending about $31,000 on chronically homeless people when it would only cost about $10,000 to put then in a housing unit. He noted that in 2013, there were over 69,000 students in Florida’s public schools that were homeless.

“That represents 18 percent of the total national figure,” said Whitehead. “So, that is startling to me that in the happiest place on earth, we have one of the largest homeless populations.”

Call for advocacy
This year the U.S. Department of Housing and Urban Development (HUD) announced that communities would be able to prioritize young adults for the first time. According to Whitehead, the plans in Washington were to work hard to first get veterans off the street, second the chronically homeless, and once that is done, resources will be available to give to families.

“To me that’s a very hard sell,” said Whitehead. “To say that anyone is more of a priority, especially a child who doesn’t have a choice in the matter.”

During his presentation at the Poverty and Homelessness Conference, Whitehead shared that advocates need to do two things:

Tell Congress to put back every penny it cut from housing vouchers in 2013. Cutting 70,000 vouchers in the middle of a housing crisis was irresponsible, he said. “We can’t allow that reduced number to become the new baseline for the program. This year’s budget needs to replace those lost vouchers and bring the program up to the same scale as it would have been without the so-called sequester.’’

Build a stronger grassroots network that is ready to demand action for the millions of people who need housing assistance and aren’t getting it. “We need bold new thinking that goes beyond the current programs, like a renter’s tax credit and full funding of the National Housing Trust Fund. We need a lot more organizing,” Whitehead added.

Most of all, he said, “We need to challenge the parameters of what Washington feels is possible right now – demanding resources that match the scale of the problem and that offer real solutions to homelessness in America.

“We have to make our voices heard if it’s something that’s important to us,” Whitehead urged.

“Now is a good time make a phone call, email or whatever way you choose to get in touch with your state legislature to have your voice heard in this issue.” 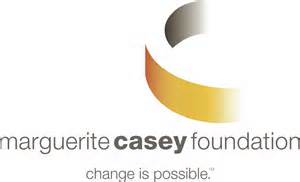 Penny Dickerson is a 2015 “Equal Voice” Journalism Fellow of the Marguerite Casey Foundation, a private, nonprofit grant-making organization that seeks to increase the public’s understanding of the issues and policies that affect families living in poverty. Through profiles, vignettes and features, Dickerson’s series hopes to shift public perception and broaden awareness in areas that critically affect the definition of poor people of color by reporting from four quadrants of the state – Tallahassee, Jacksonville, Daytona Beach and Miami.

One comment on “The Status of Homelessness in Florida”