Exhaustion has overtaken me this week, but I would be remiss if I didn’t pause to pen the joy I recently experienced with the beautiful soul in the snapshot I captured above. She’s an academic scholar from Florida State University who  lives in Tallahassee, where I, too, currently reside. She is from Jacksonville which is my roundabout hometown, and lastly, she is a graduate of Douglas Anderson School of the Arts (DASOTA) where I formerly taught high school English, British Literature, and Critical Theory. Distinctively, she is Tara Reifsnider, an amazing individual who I successfully predicted would morph from a young leader into a global star without a misstep or hiccup. And she did!

Tara and I had breakfast yesterday at my favorite Tallahassee coffee shop and writing locale, “The Black Dog” (Lake Ella).

I habitually sipped uber-slow the same cup of coffee (and had it reheated) while Tara indulged a tall cup of “Lavendar Inspiration.” We both agreed it sounded like a sultry book title!

The irony (slash) coincidence that surrounded our meeting is that we happened to cross paths on Tuesday following a seven year separation. We reconnected at her place of employ which is oddly enough a breakfast joint in the thick of Tallahassee’s urban hood. Actually, it’s not too odd of places for Tara given her social construct and strong sense of agency.

She nervously asked me before I left, “Are you from Jacksonville?” (Nothing good ever follows that inquiry)

She then softly asked, “Are you by chance Penny Dickerson?” (Sometimes good things follow that inquiry, but I was admittedly nervous of the odds).

She mustered the brightest smile and exclaimed,

“I’m Tara. From DA. You were my 11th grade English teacher, and I was your favorite student. Remember?”

We laughed and I concurred,  “Yes, Yes, Tara, and you were indeed my favorite student. How’ve you been?”

Physical recognition kind of escaped us as we’d both surrendered to womanly curves since 2012.

We ping-ponged a whole lotta yadda, yadda, yadda and what followed was my extended business card, a Facebook message exchange, and plans to meet in two days. It was just that simple. (I keep trying to tell people it’s not difficult to meet with me. You just have to know how to say what time and “Yes.”)

At DASOTA, Tara was enrolled in my Honors British Lit course. She was an exceptional intellect, wise beyond her years, and a leader among peers. A gifted cellist, I recall utilizing her as my unofficial assistant, a role she happily accepted. Here’s what I didn’t know: she was born in Jordan, and raised by missionary parents who traveled the globe and lived a financially humble life. By age 12, she was able to help support her famiy by playing wedding and special event gigs.

(I’m about to embark upon the same meager lifestyle when I serve Mercy Ships aboard the Africa Mercy in Senegal). God perfectly connects/reconnects you with the right people. He’s an amazing Savior!

Currently, Tara’s parents are still missionaries and both are Ph.D. candidates. Tara explained that her mom lives in Oxford, England while her father remains in Jacksonville. They see each other intermittedly about four months per calendar year, and their marriage thrives (Wow)!

My dear former student, now friend, is recently married and shared how her wedding honored her own ethnicity and American tradition…right down to a six-hour reception. We enjoyed great talk on religious culture and orthodox Hindus and Hindu Christians and conversions and the Black church (and, and, and).

Prior to nuptials, Tara earned a bachelors degree in International Studies and is currently enrolled in a master’s program in history. Her research broaches the role of women in genocide — as perpetrator and participant (versus victim). I love this chick! A Ph.D. is in her future although she did consider law school. Focus fosters options.

In the swell of four hours, with Tara religiously watching her watch because I had a 12:30 appointment, we girl-talked with ease through my leaving DASOTA (which was an apparent shroud of mystery to the students).

The (false) rumor was that my cancer returned, and I could no longer work. According to Tara, they hazed my replacement (hilarious) and she and some others looked for me. They found an obituary for a P. Dickerson and thought I was dead.

“So, you can imagine my surprise when I saw you Tuesday,” said Tara.

We roared. I am the Lazarus of English teachers. Never count me out!

We discussed how I snuck contemporary literature into my Br 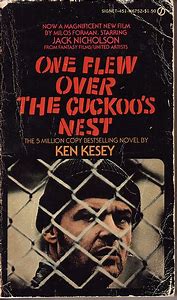 it Lit syllabus after we endured the “Crucible” (one “Tituba” at a time). I taught Ken Kesey’s “One Flew Over the Cuckoo’s Nest,” with every motif, theme, simile and metafor my students could stomach, and she reminded me that I signed her book, but years later, it was burned by her brother’s ex-girlfriend following a (clearly brutal) fight.  She cried and cried. It was endearing that I inspired Tara enough to study creative writing while at FSU, but she broke my heart with the stories shared of her English courses that followed.

Then, the conversation got “adult.” We talked health, potential adoption (for her), failures, life goals, work environments, friendships that fall by the wayside, STUFF. Somehow, liver and onions even made it in the mix! I don’t require transparency in my every human exchange, but when offered, it is honored and appreciated. Further, I am a tried and true confidante.

We conversationally ventured into how I bolted from DA, caught a flight to career ascension, and never looked back. My next two years of life were devoted to teaching college English, and my independent writing life soared; fellowships followed and a tiny-new tumor was chilled with cryotherapy. I keep it moving. All roads now lead to the sea and serving aboard the Mercy Ships Africa Mercy. I shared a bounty of information with Tara as though she, too, will be joining the crew…with her husband…this year. Why not?

“Are you prepared for the poverty?” (Gulp)

Well, it just so happens that Tara recently spent eight weeks in Burkina Faso (West Africa). She didn’t go with her parents or a group. She went alone…because she’s always wanted to go. Again, she was raised a traveler and continues to trek (and trek, and trek). Get global folks!

There is nothing better than talking intimately with someone who has witnessed abject poverty in India while growing up and later seeing it again first hand in Africa. Tara is a gem.

Ours was a blessed conversation right down to my lamenting over my wardrobe and dress code for a 96% muslim country (Senegal).

“You were always such a fashionable teacher, right?” Tara recalled.

That would be true, but my boho chic that sometimes cross-cultures with Michael Kors and Calvin Klein won’t bode well. I’ve worked it out though. A happy medium wins.

I have 2.5 weeks before I leave Tallahassee and fly to Texas for onboarding (training) and then Africa. We vowed to see each other again prior to my leaving and we will. She can count on my showing up with a brand new replacement book in honor of Ken Kesey who actually died of liver cancer. Not sure why I know that, but I do.

The noon hour arrived, and it was time for me to do my own trekking to the Tallahassee Travel Clinic. Tara shared that she got all of her vaccines the same day as final exams (which surely sucked).

Well, I have no collegiate assessments but I’ve been getting vaccines since April and endured typhoid and my 1st rabies vaccine on Tuesday. Today was the big day: YELLOW FEVER. I wish I could share that I embraced it like a champion, but the reality is that every time a needle pricks my shoulder, I wince like a ‘lil afrocentric punk.

THANK YOU TARA! I look forward to our next talk-time.

Tara’s immediate family is pictured below — beautiful people who have selflessly committed their lives to serving God and others.