“Old Boys, Old Girls” by Edward P. Jones is an intelligent short story that chronicles the less than stellar life of main character Caesar Matthews who committed a double murder but was only sentenced to seven years in Lorton Prison – Washington, D.C.’s  facility located in Virginia.   The “short” richly employs the elements of varied characterization, engaging settings that range from a small prison cell, to a greasy locale in Washington, D.C., and a boarding house inhabiting scrupulous individuals.

The plot and conflict pleasantly intertwine to move the “short” from being a narrative about life to an untraditional love story that transcends the human condition.

Is there really a resolution to this “short” or does it end on a poignant note  with the toss of a coin to metaphorically describe just how 50/50 Caesar lived life on the streets and behind bars?

Why did EPJ make some of the abstract writing decisions that leave us longing for a concrete reveal?

Why is so much of the writing decision “in your face” and disturbingly true to how love, life, family, and pain all typically co-exist.

Why did Caesar’s life go rogue?

How did he become a murderer and what was the motive?

Why is Yvonne Miller so much of a mystery in both life and death?

As a writer of “place,” how does EPJ utilize his own experiences to craft his short story and how is his own life experience inserted?

What’s love got to with it?

Why is life and death  and alienation and isolation all so thematic?

All of the aforementioned questions are worthy of an answer that indicates that you as a reader have both read and analyzed the short story, and as promised, you will be given a “choice” as to which of the offered assignments you will pursue.

1.   Compose a letter of remorse from Caesar Matthews to his murder victims.

Include names and other pertinent details that may or may not be indicators of why Caesar chose to murder, how his family life influenced his life of hatred and crime. Think outside the box: were he and his victims high school classmates? Were they once friends who shared a peanut butter and jelly sandwich on Washington, D.C. field trips?  Did Caesar have to settle a score with either or both victims because they took Yvonne Miller to the high school prom and Caesar has held a grudge since?  Have fun, but be inclusive of facts. I am allowing creative reign in this particular assignment and other letter choices are offered below:

2. Compose a letter of shame from Caesar Matthews to his deceased mother.

3. Compose a letter of regret from Caesar Matthews to his estranged father.

4. Compose a letter of encouragement from Caesar Matthews to prisoner “Cathedral.”

5. Compose a letter of vengeance from Caesar Matthews to his Tattoo Artist (who incidentally has no name!)

6. Compose a love letter from Caesar Matthews to Yvonne Miller.

7.  Write a letter to Pancho (after his release) FROM Caesar Matthews. 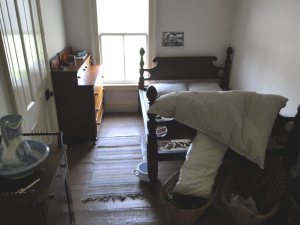 Place the following class header at the top of your page:

Your letter should be  three to five paragraphs TWO PAGES ONLY  and (Revise, Revise, Revise; organize your thoughts.

Spelling and grammar count; please refer to your writing rubric. This is a major writing assignment worth 100 points.

Again, I will allow this to extend to TWO PAGES ONLY.  Please staple your own work prior to coming to class.

Begin and end with a salutation:

I uploaded an attachment that included a writing sample. Please note how I have integrated a number of facts in my letter that relate to the overall content. Your letter doesn’t have to be like mine or have the creative slant that I chose; however, you need to make sure that you demonstrate facts, as catalogued in the short story, that demonstrate that you have read and understand the themes, symbols, and motifs.

Assignments are due at the beginning of class on Monday, 06 October 2014 OR THE EXTENDED DEADLINE WHICH IS Wednesday, 08 October 2014 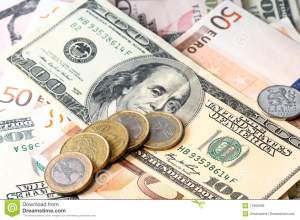