For the second year, I’ve had the opportunity to cover the annual Zora Neale Hurston Festival of the Arts & Humanities for the Florida Courier. It is emphatically known by a two-syllable, exclamatory moniker: Zora!

Not only is it one of my favorite festivals (and I am a professed festival junkie), it has a certain “vibe” that makes you look forward to attending each year. You get to know people: the organizers, vendors, regular attendees, etc. Most important for me is the historical relevance. Eatonville, Florida is the oldest, African American municipality in the country. Rather impressive huh? Somebody had to move forward and declare “this is space ours” and the residents of Eatonville chose to “call first.” It goes without saying, but I will say it anyway, the celebration of a woman whose persona rocked the Harlem Renaissance far before Gloria Steinham said, “NOW,” is reason enough to have a festival.

The Humanities have been perpetually blessed by the literary presence and contributions of Zora Neal Hurston who I’m sure was told to “shut up” by Langston Hughes and the likes on more than one occasion. It was said she “knew how to make an entrance.”  I wonder what her foray into heaven was like. She probably sounded her own trumpet, because on earth, she definitely danced to the beat of her own drum.

As an Independent Journalist, last year’s festival was an absolute BUHlast! The theme, “The Heart of Haiti” played true to the multi-day events which began on Friday night with “A Taste of Haiti,”

On Saturday morning, I covered Congresswoman Corrinne Brown’s Town Hall meeting which was an experience in and of itself. She is an amazing woman who was instrumental in garnering funds to bring more than 15 Haitian artisans to the Orlando area for exhibits and the festival. In addition, she and her staff provided a wealth of information and available resources to constituents in the third district which includes Orlando and of course, Jacksonville, Florida.

Before I could wet my whistle with a sweet swig of soda, Nick Ashford & Valerie Simpson quietly walked into Town Hall for their Press conference. Shortly thereafter, they held a dynamic, soul-stirring (FREE) outdoor concert.

I recall saying to myself that day, “Wow. Up close he looks casket-ready,” and then months later he died from throat cancer (I feel horrible). Rest In Peace “Black Prince” of songwriting fame and spectacular performance. I will always listen to their music but just know: “Ain’t nothing like the real thing baby.” (only real Ashford & Simpson fans will get that!)

Later that evening, actually about two hours later, I superwoman changed clothes to attend the black-tie gala where I met one of my literary idols, Ntozake  Shange” (“For Colored Girls Who Have Considered Suicide When The Rainbow is Enuf.”

And finally, a gospel concert on Sunday afternoon. ZORA! 2011 wore me OUT. I was exhausted but incredibly full of zest and fest and riding high on that spiritual thread that strings folks together when the sun shines bright and the southern aroma of fresh fish dropped in hot grease fills the air. THAT’s festival ya’ll.

This ZORA! festival didn’t quite top “Haiti” but it was all about Zora nonetheless. Between the year of both festivals, I endured another major surgery, so my journalist groove was slightly halted as was my energy, strength, and stride. As a result, I still pursued excellence in coverage, but arrived at 2:00 p.m. on Saturday and was in the car practically snoring by 6:00 p.m.  My favorite festival sidekick and big sister Linda Herron was still running the festival strip chasing black soap and shea butter for her business, “Sister Soldier’s Shea Butter & More.” (She’s really a soldier for the United States Army…23 years strong and still going.)  My favorite “shop hop stops” are the beads, bangles, cowrie shell earrings, fabrics, but more than anything…more than anything…MORE than anything: Conch Salad.

Wouldn’t you know it? This year he wasn’t there. DEAL BREAKER. (That’s the real reason I was in the car sleep). Matter not, no one makes better conch salad than me anyway, but man…just look at it. I am literally cyber salivating .

As always, I embed the actual link to the article on my website and also scan the print copy. Each year, the layout has been absolutely beautiful, but unfortunately, I had to cut it and strategically post the pieces separate due to the paper’s size. 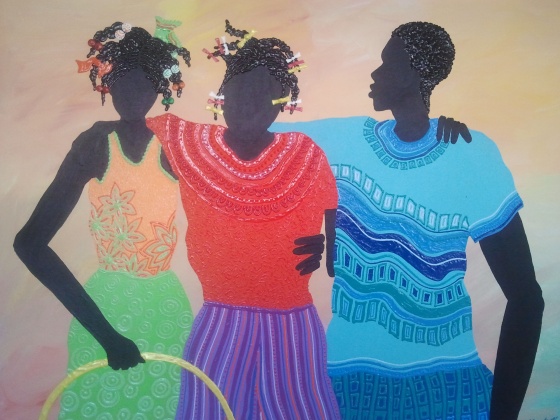 Less I forget to add that another of my FAVORITE festival pass times is “people watching” and this year did not disappoint. Take a gander at the wonderful pride festival attendees take in their culture and natural beauty: 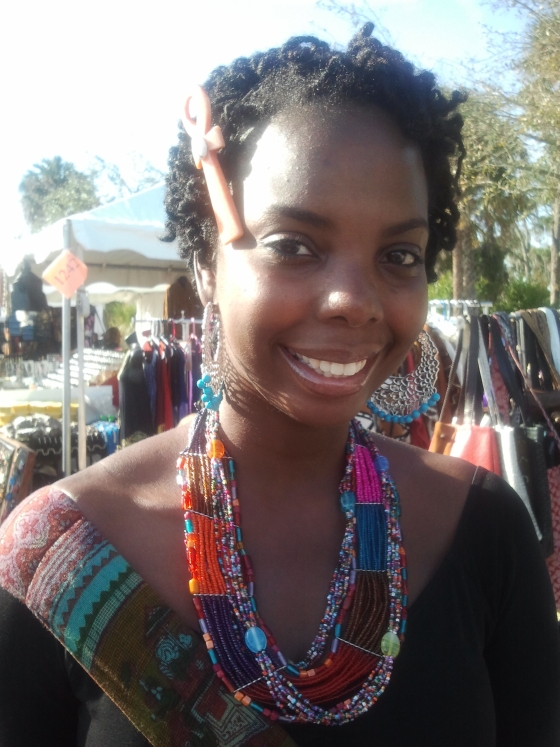 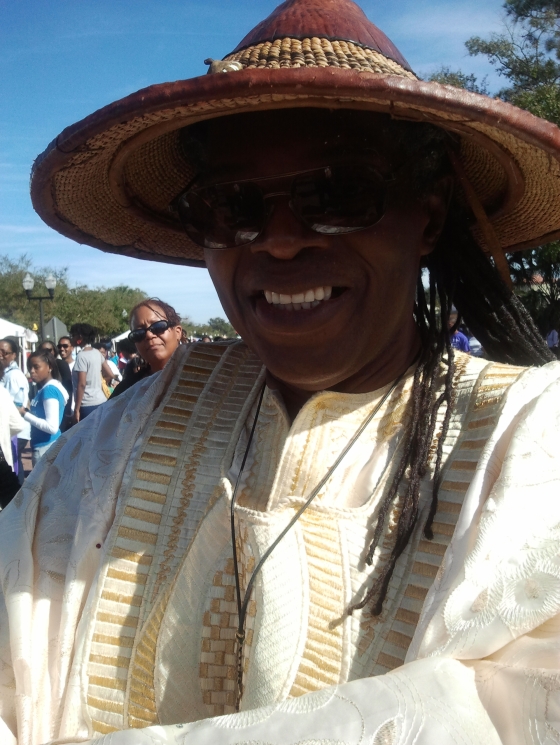 The only festival I enjoy more than ZORA! is “Odunde” Festival in Philadelphia which is usually held in September. Wouldn’t it be great if I could just spend a year traveling the country doing nothing but covering festivals, talking to people, indulging in different cultures? I mean really, in the south, blue crabs and shrimp have their own tented-affair, as well as blueberries, strawberries, and in Georgia: peaches. I otherwise have little love for nature, but give me crowd, culture, a purpose, art, more art (and of course conch salad) and I’m there. Have camera will travel.

The unfortunate reality of the 2012 ZORA! Festival is that funding is at risk and the numerous signs posted that begged donations painted an economic picture that no one could (or should) ignore. Please attend ZORA! It’s free. When you think of all of the different reasons you gather your gal pals and homus boyus to travel to the Essence Music Fest, NFL Games, Mardi Gras, or what’n so evah you car-gather to go seek, add ZORA! Festival to your 2013 agenda. It’s conveniently located off of 1-95 South past Daytona Beach, then onto I-4 past the Lee Road exit BEFORE Orlando proper (and all of that maddening theme park travel). Support ZORA! Support independent artists. Support the country’s oldest municipality established by African Americans. (Do it!). 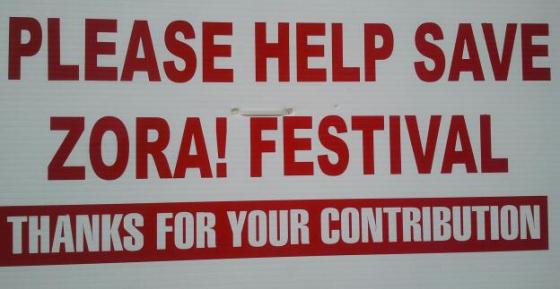