Black Floridians are on both sides of the gay marriage controversy

In the 50th anniversary year of the historic March on Washington and Dr. Martin Luther King, Jr.’s “I Have a Dream” speech, the United States Supreme Court was challenged to determine the constitutional boundaries of marriage and family.

A young protester stood in front of the U.S. Supreme Court on March 27 as the court heard arguments on a part of the 1996 Defense of Marriage Act that prevents legally wed same-sex couples from receiving certain benefits by defining marriage as between a man and woman.
(OLIVIER DOULIERY/ABACA PRESS/MCT)

Last week, two pivotal cases were heard by the high court. Now, an America divided over same-sex marriage, and hopeful same-sex couples with dreams of marriage, await what could be groundbreaking legal decisions.

Proposition 8 and DOMA
California’s controversial ballot initiative known as Proposition 8 defines marriage only as between a man and a woman. It is widely understood as a ban on gay marriages.

The 1996 Defense of Marriage Act, known as DOMA, prevents legally wed same-sex couples from receiving certain benefits by defining marriage as between a man and woman. (Florida has its own version of DOMA that was overwhelmingly passed by the Florida Legislature in 1997.)

In 2008, inspired by California’s Proposition 8, strong support from Florida’s African-American voters led to passage of an amendment to the state constitution, which now bans gay marriage in Florida. Then-Gov. Charlie Crist supported the amendment, as did then-presidential candidate Barack Obama.

Five years and a presidential re-election later, the legalization of gay marriage is front-and-center at the nation’s highest court. Black Floridians are on both sides of the debate.

He is a man of God who has served his country for almost 20 years as both a U.S. Army officer and chaplain. Church is also a certified hospital chaplain, assists homeless veterans through a not-for-profit organization, and serves as team chaplain for the Jacksonville Giants, the American Basketball Association’s minor league championship team.

Church, an author with a Ph.D., has been married to the same wife for almost 30 years and is the father of three grown children.

Church is a traditionalist. He is not a proponent of same-sex marriage.

Adam and Eve
“My view is that first and foremost, the Bible has no errors and does not condone same-sex marriage,” stated Church. “In the beginning, God created Adam and Eve as a male and female. Eve was created from Adam’s rib and the Bible is clear that same-sex (marriage) does not exist…God did not intend a man and a man, but He gives all of us a choice.”

“As Christians, we love the sinner and hate the sin,” he explains.

In his career, Church says he has counseled more than 100 couples that were engaged to be married. He is endorsed by the North American Mission Board, which does not allow him to engage in counseling or conduct a marriage ceremony between same-sex couples. However, he gives spiritual counsel to all who seek it from him.

“Prior to any session, I always pray and let the Spirit lead,” explained Church. “I ask if there has ever been a time when either has accepted Jesus Christ as their personal Lord and Savior, and offer an invitation to salvation,” he added.

End times
Church is aware that younger people are more tolerant these days.

“People are gonna do what they want to do, and Christianity will not reach everyone,” Church muses. He cites the hit single, “I’m Doing Me,” by Fantasia Barino of “American Idol” fame.

“Folks in society are ‘doing me’ and the economy is a factor,” offered Church, who supports his theory with Bible verses from II Timothy 3:1-7.
It states, “… in the last days, perilous times will come. For men will be lovers of themselves, lovers of money, boasters, proud, blasphemers, disobedient to parents, unthankful, and unholy…”

The other side
Jeronica Byrd is a 34-year-old divorced Black female who lives in Tampa. She is gay.

A scholar who earned a Master of Science degree in criminology, Byrd has been in a committed same-sex relationship for nine years and is the parent of a 17-year-old son. He is also gay.

Byrd is the founder and executive director of Professional Lesbian Women and seeks to marry her longtime companion. She insists that until same-sex marriage is nationwide and federally recognized, the laws don’t make any sense.

DOMA angers her because it prohibits them both from receiving over 1,100 federal benefits, the most important of which is the inheritance tax.

“If we were a federally recognized couple and something were to happen to me, my partner would not have to pay the tax,” Byrd explained.

The privileges heterosexual couples benefit from are often taken for granted by Proposition 8 and DOMA supporters. As an unrecognized legal spouse, Byrd’s partner cannot oblige Byrd’s wishes to be cremated because she can’t enforce a will or defy her surviving family’s decisions. Her partner also cannot make medical decisions, adopt her son or receive parental rights.

“She is the person I love and have built a life with, but it matters not because she is the same gender,” said Byrd. “My feelings for my partner are written on my soul. I need the legal marital protection, not the spiritual.”

‘Don’t need the world’
Conversely, Bruce “Tobi” Ellison does not need a marital or a spiritual ceremony to define his same-sex relationships.

The 37-year-old spiritual advisor, life coach, and author of  “I Am the Manifester” promotes “power and well-being” as philosophical dynamics people can control. He believes too many in both the gay and Black community don’t approve of themselves. This is the greater problem.

“I do not need the world or government in my relationships to experience the best love scenario I can have,” argues Ellison. “The government does not control the law of attraction. I can have the life I want without an outside voice dictating what it should look or feel like. I support same-sex marriages because I want people to have the equal rights. I just don’t need it (marriage),” he added.

‘Stop having homosexuals’
Based in Orlando, Ellison has numerous friends who work for the Walt Disney Company, one of several corporations implementing same-sex policies. Disney allows employees to extend some benefits to same-sex partners without marriage.

According to Ellison, hypocrisy has ruined marriage as a religious covenant.

“Heterosexuals who are against same-sex marriage and preach what people should or shouldn’t do need a careful analysis. Their marriage(s) are nothing to hold up to the light, or their five and six divorces,” Ellison admonished.

“How can they talk about the sanctity of marriage? I want no part of it. Also, if they are so against homosexuals, tell them to stop having them.”
Ellison believes he was born gay; it wasn’t a choice.

Willing to pay the price

Willetta  “Mamado” Smith agrees with Ellison. She has been openly gay since she was 14 years old, but recognized her orientation as early as age five. She is now 54.

She was an accomplished music industry veteran before doing a two-year stint at Gadsden Correctional Institute in Tallahassee. While there, she used her skills and experience to produce a music CD featuring fellow inmates.

Life didn’t stop for her after she got out of prison. A serial entrepreneur, she now does audio and video production in Jacksonville, including direct-to-video movies. 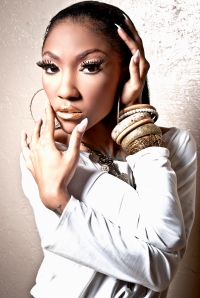 The Jacksonville couple has been partners for three years. They seek all the rights and protections married heterosexual couples enjoy. That’s impossible under current Florida law.

“We’re seeking legal representation to assist us in marrying in another state, perhaps Washington, D.C.,” said Smith. “It may cost up to $5,000, but we’re determined.”