"An Online Voyage of Voice."
10 Comments

Meal worms and a stubborn donkey were obstacles, but neither a strong enough deterrent to impede the inevitable success of Chef Amadeus.

Innovation, perseverance, and technique proved to be a winning trio in a Mexican showdown full of X-Factors including a Mariachi band and Pinatas. In the end, Chef Amadeus eliminated Chef Gina Keatley in round one and then went fork to knife to silver spoon with the over-confident, trash-talking Chef “J”  who clearly underestimated Chef Amadeus’ ability to simply “COOK.” That’s all it took!

Even the judges were taken aback when Amadeus coated his skirt steak with dulche de leche, seared it to create a textured crust, and then served his required “one-bite” on a spoon spread with a ground mustard base that melted their palettes.

Jacksonville fans gathered with Chef Amadeus for a special viewing party hosted by the winner himself who remained “mum” all night regarding the results and has further upheld a strict confidentiality clause since the show’s May taping.

Silence proved to be golden for Amadeus who walked away with a cool, $10,000 prize. He has yet to receive a check from Food Network, so hold your breath on the “Can I borrow $20?”

Immediate plans are in place for a promotional blitz of his already successful spice line and he is happy to have relocated back to his hometown where he works for Ashley Street Catering (Clara White Mission).

My favorite Chef Amadeus “Sound Bites” from his winning night:

The following archive posted prior to the July 28th winning episode

Whether extracting ingredients from a block of ice or using a Swiss Army knife as a lone cooking utensil, three chefs are pushed to their physical and mental limits in each episode of Extreme Chef. The series takes chefs out of their kitchen comfort zone to test their wits, adaptability and artistry as they must adapt to extreme conditions and unpredictable factors including swimming across a lake for ingredients and constructing a makeshift stove in only 30 minutes. In a series of arduous challenges, the competitors must impress judges and various guest critics with their out-of-box culinary masterpieces to earn the title Extreme Chef. 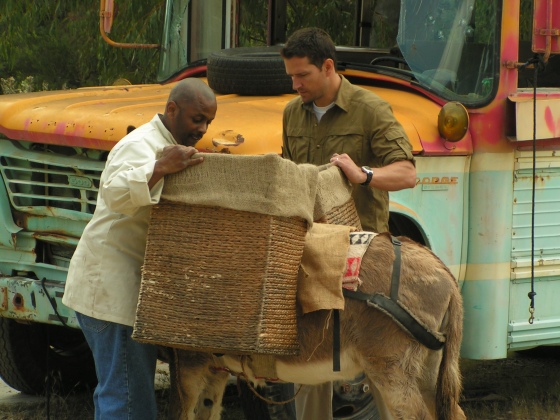 Host Marsh Mokhtari greets three chefs in a rustic village in Saugus, Calif. where the competitors must use live mealworms, crickets and scorpions to make a dish in only 25 minutes. Then, the chefs must travel to the edge of town to fetch materials for their next dish, but must use a donkey as transportation. With twists including using a habañero pepper as a spicy ingredient, gathering materials from sixty swinging piñatas and making homemade tortillas, the three chefs battle to create dishes celebrating the culture and people of Mexico. After one competitor is eliminated, the two remaining chefs must prepare a perfect single bite using four ingredients native to Mexico. After searching through pots to find their ingredients, the chefs must remain focused as a local mariachi band plays raucously in the background. Only one chef can avoid the distraction to master the perfect bite and garner the title Extreme Chef.

Amadeus: Spicy, but not too extreme

He’s got a unique name made famous by Wolfgang Amadeus Mozart. Consistent with genius and artistic spirit, Mozart preferred a one-name moniker and so does Jacksonville’s home-grown culinary star. He is simply: Amadeus.

While in Florida promoting his new line of spices and surveying the landscape for a planned relocation from the coastal extreme of Seattle to Jacksonville, Amadeus agreed to an interview prior to taping his blog radio show: Southern Passion Lounge at Justin’s City Place Cafe where owner and Chef Michael Vann prepared an awesome meal of escovich red snapper, cabbage, and traditional rice and peas.

Aside from a lady-magnet name, the most distinct physical feature this accomplished chef owns is his 5’1 stature that is not to be confused or compared with small. He’s a great big ‘ole personality and a private chef with a whole lot of flavor for life.

Early teasing as a kid sent him straight to the kitchen of his mother and grandmother who encouraged and nurtured his budding chef qualities.

“I never wanted to cook,” said Amadeus. “Nobody let me play games and I was always bullied and picked on because of my size.”

From the first pot of rice to his first part-time job at McDonald’s as a grill cook, he has been culinary struck. Between flippin’ and sweatin’ he chopped McRibs and onions, added special sauce, lettuce and tomatoes and served it up to fellow employees before the salad menu of current fame earned its drive-thru reputation.

“Cooking made me feel comfortable. It’s fun to do and they pay you!” joked Amadeus.

Although he was a committed member of the Marine ROTC while attending Jean Ribault High School in Jacksonville, Florida,  Amadeus was looking for something different. At the age of 19, he joined the United States Navy as a Seaman, but later became a cook. Through world travel and exposure, innovation became an early theme as the crew hosted Steel Beach Picnics in the middle of the ocean and grilled mouth watering delights including surf n’ turf. 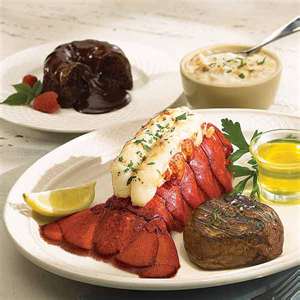 He recalls a particular seaman on the boat he didn’t like.  The guy cooked for officers, and in what was initially perceived by Amadeus as racism turned into a prosperous apprenticeship which offered life-long key lessons that continue to guide his professional career:

1.  Learn your job and the job above you.
2.  Learn how to treat cooks. Every chef is an individual with their own finesse.
3.  Strive to work as a cohesive team.
4.  Always learn something new. You never know everything.

After the sea but before Seattle, Amadeus experienced a colorful and evolving life which included attending the culinary program at Florida State College (north campus). Personal and family conflicts impeded program completion, but conquering adversity has been one of his most impressive ingredients as he ultimately reached success.

Currently, he works as a private chef which he prefers to the more popular restaurant route:

“I wouldn’t run a restaurant because it’s so hard to be creative.” he said. “You’re cooking all the time with different products and following someone elses direction. I like to change my thoughts.” 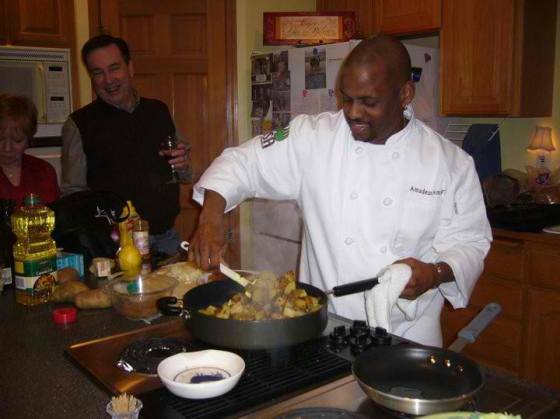 Career positions of note include the Jacksonville Marriott and 24 Miramar as well as Seattle’s Hunting Lodge, McGowans, and Broadmoor Golf Club. Amadeus has served as the head chef for a private, elementary school, and additionally trains emerging chefs at a Seattle culinary institute.

He’s an avid golfer, but admittedly does not bake.

“Baking requires measurement. You have no leverage, so if you mess it up you’re stuck with it.” he casually explained.

So what exactly does this fundraising-friendly, innovative enigma cook?

He doesn’t have a specialty (per se) but rather specializes in fusion cooking with emphasis on Japanese, southern, Puerto Rican, and Island cuisine using  traditional spices like scotch bonnet peppers, coconut milk, and of course his own carefully developed line of no-salt, special blend spices:

The spices are making their way into stores, but are available now and retail for $13.00 each. See Chef’s website for orders: http://chefamadeus.com

Preparing healthy food that looks like grandma’s is also one of Chef’s passions and includes using tangerine and coconut broth to cook traditional southern meals. He encourages using natural sweeteners found in carrots and yams  and is currently on a Southern Passion Tour promoting summertime grilling and a special “rub” that he has developed for meat, chicken, and fish.

Chef Amadeus is available for special services like “Ladies Night Out” and “Door Knocking Sessions” with rates customized to the event’s specifications as he is accustomed to hosting both intimate and small or grand scale and opulent.

I’ll be sitting front and center on Thursday, July 28th to see if Chef Amadeus gets mixed up in a Mexico challenge with meal worms and a Mariachi band or if he conquers the donkey and eliminates his opponents to win the title Extreme Chef. Bragging rights aren’t the only thing at stake…there is also a $10,000 prize.

Stay tuned to the Florida Courier for a recap of the show’s results. August 1-5, 2011 edition.